Perimenopause or the menopause is the period around a woman’s last menstrual period. This can last for several years.

The high hormone levels that are needed in young years for the maturation of an egg are slowly reduced. However, this process is usually not continuous but fluctuating, with alternating lower and then higher hormone levels. The fluctuations and the increasing drop in hormones during this period can have a strong impact on a woman physically and emotionally.

What hormones are we talking about? These are the female sex hormones produced in the ovaries: oestrogens, progesterone and androgens (hormones with a male effect profile). 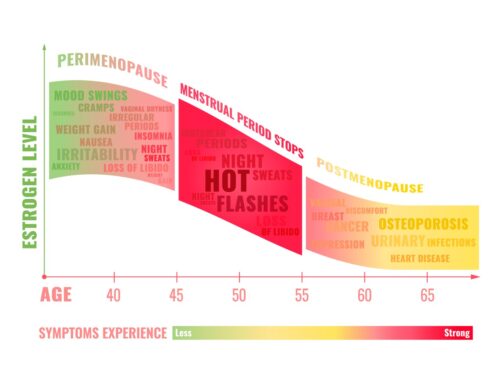 The sex hormones do not usually stop working at the same time, but in a certain order.
Progesterone (corpus luteum hormone) is the first to go out. This can lead to shortened menstrual cycles, spotting before menstruation, water retention, breast pain, psychological upsets or migraines.

In the next step, the oestrogen drops, which can lead to severe withdrawal symptoms. Typical symptoms include hot flushes, sweating, psychological upset and sleep disturbances, which are experienced as extremely unpleasant.
The body tries to maintain the hormone levels, cycles still occur at longer intervals, or there is heavier bleeding.

When there has been no more menstrual bleeding for a year, the perimenopause period is over.
This is called the postmenopause and a new stable state has settled in. The ovaries can still produce very low doses of oestrogens. The level of male hormones, the androgens, remains the same for the time being.

In the postmenopause, further physical changes occur continuously and the question arises as to the benefit of hormone replacement therapy or other measures.

The perimenopause thus refers to the transitional phase in which a woman’s reproductive capacity slowly ceases and hormone production decreases. After a changeable period, a new hormonal, physical and emotional balance is achieved. 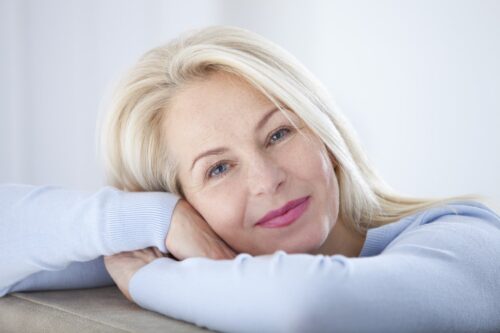 What many women ask themselves: Do my complaints need treatment? After all, it is a natural process.

Yes, but…. The physical and emotional changes can be very stressful, too frequent or heavy bleeding can result in an iron deficiency, and a prolonged hormonal imbalance is unfavourable for the uterus and mammary gland.

We recommend counselling for all women at this stage. Fortunately, we have several hormonal and non-hormonal treatment options that can be used as needed. 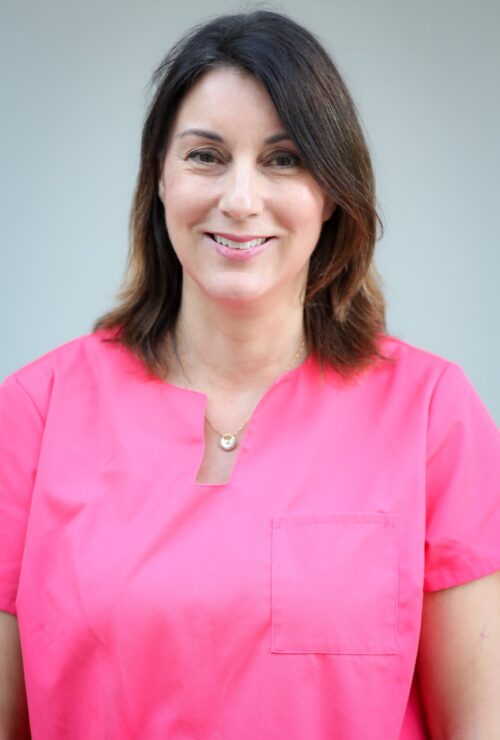 Dr.med. Kathrin Kern
FMH Gynecology and Obstetrics
Special consultation on well-being in the perimenopause and well-aging in the menopause

World Menopause Day takes place every year on 18 October. It was established in 1984 by the International menopause society and the WHO.

The aim of World Menopause Day is to increase knowledge about what happens during the menopause and to understand the influence of hormones on the body and psyche.

It also aims to communicate the various measures that can be taken to maintain health and well-being during and after the menopause.

The theme of World Menopause Day 2022 is “Cognition and Mood”.

This is about the influence of sex hormones on the psyche and cognition. 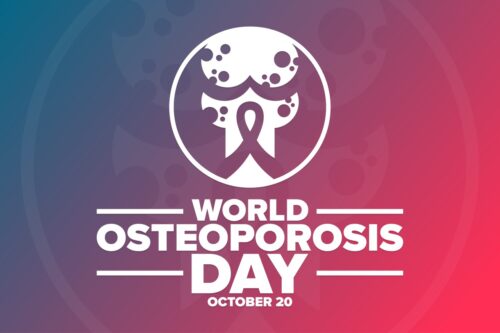 Bones are living tissue with their own blood and nerve supply. Healthy bones keep the body intact. The bone core is strong enough to withstand fractures from falls from its own height, but also light enough to allow movement. Bone is constantly renewing itself: the cells in our body break down the old bone and replace it with new.

Up until the menopause, more new bone is made than broken down; after the menopause, the reverse is true. The hormone oestrogen inhibits bone breakdown. 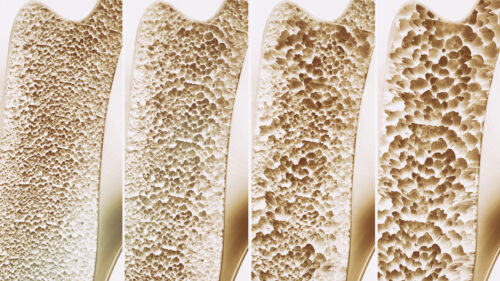 Osteoporosis changes in the bones

A bone-friendly lifestyle includes the following simple measures that are in the hands of each individual: