We assist women in all stages of life

In our practice - gynpoint you will find the whole spectrum of the modern diagnostic and therapy in the Gynecology and Obstetrics . We offer to you at two location – Horgen and Zürich a competent and comprehensive counselling and during the consultation you will be treated with understanding, empathy and patience, assisted by all stages of life.

The interaction of hormones is called hormone balance. Hormones play a role in many, often vital, processes in the body. They regulate the energy and water balance, growth and reproduction. When is there hormonal chaos and when should you see a specialist?

In a preliminary discussion for the Schweizer Illustrierte and Denise Kühn, the most important advice crystallised when hormone chaos reigns and when one should consult a specialist. 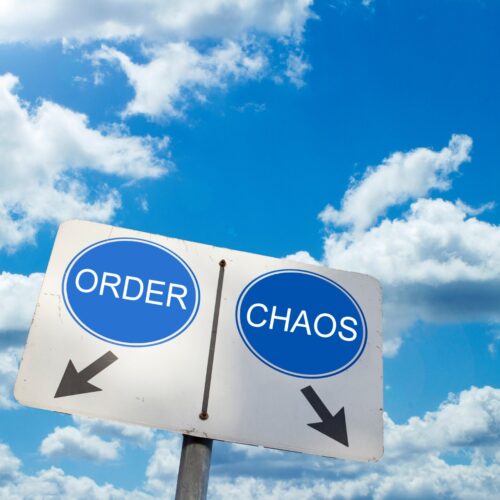 What is hormone balance anyway?

The interaction of hormones is called hormone balance. Hormones play a role in many, often vital, processes in the body. They regulate the energy and water balance, growth and reproduction. This interaction is finely tuned to each other. Various external influences, diseases, but also physiological processes such as the menopause can throw it out of balance. 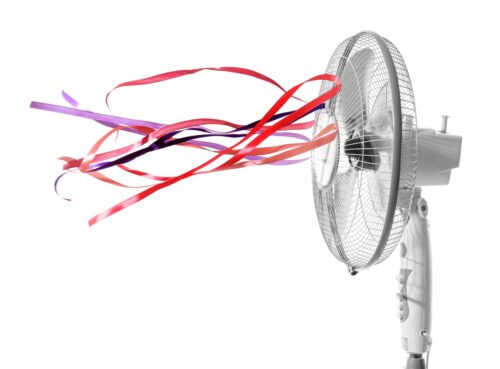 How do I notice that it is out of balance?

Since hormones have an influence on various functions and systems in the body, you notice this through various symptoms. Hormone production takes place in several glands in the body – the pancreas, thyroid, parathyroid, adrenal glands, pituitary (pituitary gland) , diencephalon (hypothalamus – regulating hormone balance) and gonads (ovary and testes). As a gynaecologist, I will only speak from the point of view of the sex hormones.

During the menopause, for example, the fluctuating hormonal play can be experienced by the woman as very stressful, both physically and emotionally.
From the age of 35, changes begin that lead to a decrease in sex hormones. These changes correspond to the slow decline of the woman’s reproductive function. The time of the last menstrual period is called the menopause. The transitional phase is called the climacteric. Statistically, the menopause or the absence of menstruation occurs at the age of 52.

Due to changes in the distribution of fat and muscle tissue in the body, such as an increase in internal fat (visceral fat), a decrease in muscle mass and an influence on the distribution of tissue fluids with water retention, there is a weight gain of about 0.5 kg/year.
The altered and fluctuating hormone levels also lead to sleep disturbances. The wake-sleep rhythm affects other hormones and systems in the body, such as insulin and blood sugar metabolism, cortisol levels, regulation of hunger/appetite, the immune system, blood pressure, leading to further complaints and disorders.
Cognition also suffers. The autonomic nervous system reacts with so-called hot flushes and sweats.
Due to the fluctuating hormone levels and the increasingly decreasing production of sex hormones, the bleeding pattern also changes, the periods become weaker, less frequent, heavier or more frequent, the periods become irregular. In the perimenopause, cycles without ovulation (anovulatory) occur more frequently and increasingly.
Due to the decreasing sex hormone levels and especially due to risk factors, our bones suffer up to osteoporosis in the postmenopause (the time after the last period and after a new stable sex hormone balance has been established).
Direct influences on the sexual organs – such as vaginal dryness and loss of libido – also affect sexual life. The altered blood flow in the genital area also leads to frequent urinary tract infections. 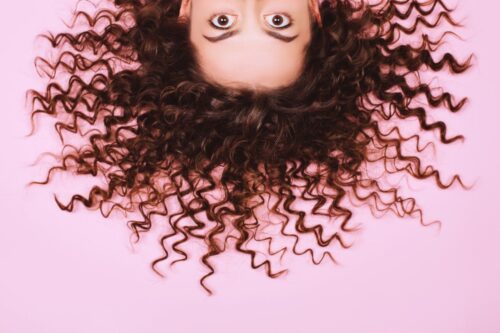 Do you only suffer from this during the menopause or possibly also as a younger woman?

Younger women can also suffer from hormone imbalance.
On the one hand, the changes in the sex hormones begin, as I have already mentioned, from the age of 35. On the other hand, women of childbearing age not infrequently suffer from so-called PMS (premenstrual syndrome). This is a very broad and inhomogeneous spectrum of symptoms related to the physiological hormonal changes of the normal cycle in the second half of the cycle.
It is not entirely clear why some women are more sensitive than others despite having a normal cycle. However, there are cases where there are noticeable deviations in the cycle and women react to them. This is a recurring disorder that manifests itself in headaches, anxiety, malaise, dizziness, mood swings and nervousness, sleep disturbances, breast tenderness and sometimes various other symptoms – nausea, vomiting, skin rash for example, up to 150 symptoms a few days, sometimes up to a week or more before the period.

Other symptoms in young women can take the form of bleeding problems – no periods until the age of 15 or no periods for more than 6 months, periods that are too frequent or too infrequent, bleeding in between periods, menstruation that is too weak or too heavy. Sometimes these complaints are combined with other symptoms such as weight problems, increased body hair or hair loss. So the causes are complex, and often there is a complicated hormonal problem behind it, caused by disturbances at different levels in several glands, their secretion and regulation – the pituitary gland, the hypothalamus, the adrenal glands, the thyroid gland, the ovaries themselves.
Sometimes the cause of these hormonal imbalances is the reflection of the sensitive hormone-producing glands and regulators to abrupt and excessive weight loss, malnutrition, excessive exercise, too much stress, medication or drug use, casuistic acute blood loss after childbirth.
The hormonal imbalances are not infrequently reflected as childlessness or difficulties in getting pregnant, because in the background the multiple regulatory and interaction systems influence ovulation and fertility.

There are also hormonal changes during pregnancy/breastfeeding and our body can react with various complaints.

Thorough and comprehensive examinations should therefore be carried out if a hormone imbalance is suspected. Often gynaecologists, gynaecologists specialising in endocrinology and endocrinologists work together.

What can I do to bring the hormone balance back into balance?

A healthy lifestyle in the form of a balanced diet, sufficient sleep, regular exercise, stress reduction and relaxation techniques, avoiding nicotine, alcohol and too much coffee are important. Correcting and improving lifestyle is therefore of great importance, and this is where nutritional counselling, TCM and acupuncture, various types of sport (but not excessive), physical activities and relaxation techniques come into play.
Depending on the symptoms and especially if there are indications, hormone therapy is only considered after a comprehensive assessment by a specialist. In young women, PCO syndrome (hyperandrogenaemia) is not uncommon. Women also suffer from elevated levels of the mammary gland hormone prolactin, hyperprolactinaemia, or thyroid disorders – hyper- or hypofunction. In these cases, specific hormone treatment is required. However, in the case of PCO-S, due to the complexity of this disorder and the fact that blood sugar metabolism is fundamentally and consequently very much involved and affected, lifestyle improvement plays a very important role. Hormonal disorders at the level of the pituitary gland with impairment of the stimulating sex hormones, the gonadotropins, also require hormone treatment.
Herbal remedies can be used for PMS. However, in cases of severe symptoms or PMDS (premenstrual dysphoric syndrome), hormone therapy cannot be avoided and is even desirable. Hormone therapy to stabilise the cycle and interrupt hormonal fluctuations is also discussed in connection with contraception.

Early perimenopausal complaints can be treated symptomatically and causally. Besides lifestyle improvement, TCM/acupuncture, relaxation techniques, sports and physical exercise/activity are often helpful. Herbal remedies also have an influence on the autonomic nervous system. However, hormone replacement therapy is only used in cases of severe discomfort and risk. It is important to know that women undergoing hormone therapy undergo regular check-ups with gynaecologists and endocrinologists, depending on the hormone disorder.

If I have hormonal chaos, do I necessarily have to seek medical advice?

It is always a question whether my symptoms are caused by hormonal chaos.
It is known that some phases of life, such as the peri-/menopause, are associated with hormonal fluctuations. Also, some conditions that have already been clarified, such as PCO-S, are known to be associated with hyperandrogenaemia (too many male hormones) and abnormalities in sex hormone balance.
However, as mentioned above, there are different, mostly unclear initial symptoms, be it in the menstrual cycle or in other body processes, which can only lead to hormone chaos/disorder after a thorough investigation.
It is therefore very important to first find the cause of the complaints and here the answer is: “Yes, I definitely need to seek medical advice for my complaints and thus for clarification”.
If the problem is clarified and it is a hormonal background, then you can look at the possibilities for therapy and improvement together with your doctor and make decisions together. 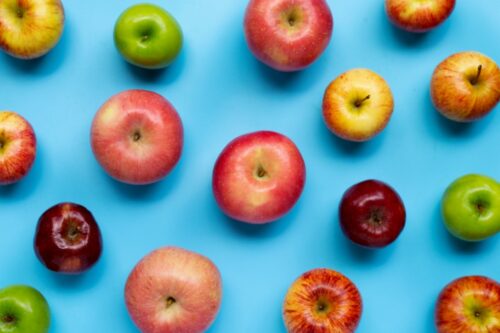 What can be done preventively?

As I mentioned earlier, lifestyle is crucial, so I would start with that. Unfortunately, you can’t avoid a genetic component in some diseases, but you can avoid additional triggering factors.
Especially in the peri-/menopause, the physical and mental discomfort can be very distressing, so we always recommend that women get counselling early on.
A bone-friendly lifestyle includes an adequate intake of calcium, vitamin D and protein, at least 30 minutes of physical activity per day, strength and balance exercises three times a week, and abstaining from nicotine and alcohol.

Saturday consultation hours at the Zurich location from November 2021.

Evening consultations at the Horgen location are being planned.

Competent conseling in gynpoint from the annual check up throu the adolescence to the senologie.

The most emotional moment in their lives is the birth of the baby. We give you support from the first ultrasound to the counselling during the breastfeeding.

When the conservative therapy reached the limits, we will take together the important decisions and we will choose the best operative method.

With us, you will find competent gynaecological advice based on the latest medical knowledge. We provide you with comprehensive advice and take your individual concerns into account.

Competent care on the way to birth

With empathetic medical expertise, we accompany you from the ultrasound examination to the postpartum consultation.

We offer the entire spectrum of surgical treatments in the field of gynaecology. Our focus is on minimal invasive surgery at the highest level. We treat malignant diseases in certified centres.

Holistic accompaniment on the path to well-being

With a holistic concept from healthy lifestyle to aesthetic medicine, we accompany you in all phases of life.

We are your team

Since the foundation, July 2019

A picture is worth a thousand words!

Our partners for women’s health

Public transport (train, S-Bahn, bus)
The practice is located in the immediate vicinity of Horgen train station and the bus stop Bahnhof Horgen. Horgen is directly connected to the S-Bahn lines S2 and S8 every 20 minutes from ZH HB/Bahnhof Enge/Wiedikon Zurich.

By car
Limited number of public parking spaces available in the vicinity of the practice.
Neumünster multi-storey car park (Kreuzplatz)

In case of inability to attend, please cancel 24 hours in advance. Not kept appointments will be charged.